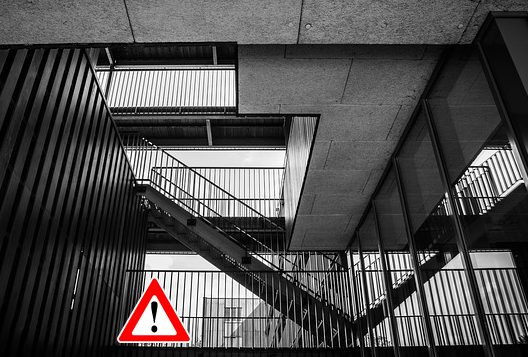 As a professional engineer, you hope to never be held liable in a lawsuit, especially when your safety recommendations were ignored. But that is exactly what happened to two engineering firms.

Recently, a young man was tragically killed when a city owned stairwell he was on collapsed.

In the investigation that followed the accident, a report was released that revealed the city, years prior to the accident, had hired an engineering firm to assess the safety of the stairwell. The firm reported that it was not connected at its base, had severe rust, and was prone to collapse.

The city had two options; they could scrap and rebuild or repair. They chose to repair and hired a second engineering firm to make the repairs. That firm advised against bare minimum repairs and recommended a stairwell replacement at a cost of over $25,000. The city decided against replacement and voted to repair the stairwell at a cost of less than $10,000.

Only a few years later, the resulting collapse killed the young man.

When the case was finally settled, both engineering firms were held liable for an undisclosed amount while the city was ordered to pay close to 1 million dollars.

A situation like this can devastate your engineering firm, whether big or small. While the bad press and disruption to daily business is hard enough, it is the financial toll that can bankrupt you. This case exemplifies the need for all engineers to secure professional liability insurance.

Professional Engineers Liability Insurance covers you against the actual or alleged damage done to clients and other members of the design and construction team as a result of your engineering services.

Regardless of your specific area of engineering, whether it be architecture, land surveying, construction managing, or design, Riskpro can provide you with an engineer liability insurance policy that will give you the protection you need. Don’t let a third party’s failure to act destroy what you have worked so hard to build.

Contact us today and let us help protect you and your firm.